The speech of Mr. Teo Choo Guan, President of Waki Relic Musuem on the 100th days Memorial Service of the Late Most Respected King of Relic, Sayadaw U Kittivara on 7th Novemeber 2021 :

My heartfelt thanks to Sangha members from Parami Temple, the guests and Waki family members from China, Myanmar, Cambodia, Philippines, Malysia, Thailand, Indonesia, Singapore, America, Korea and America and all the relatives and friends for joining us via zoom for the 100 days memorial service

During his lifetime, Sayadaw U Kittivara had been travelling around the country, collecting, preserving and re-enshrining the relics of Lord Buddha and Arahants. In the early age, Sayadaw collected the Buddha Relics and his disciplines relics in old monasteries or stupas. He also searched and collected the relics that no one worship from villages or mountains on foot or by oxcart. Sayadaw collected and enshrined the Relics in the museum. 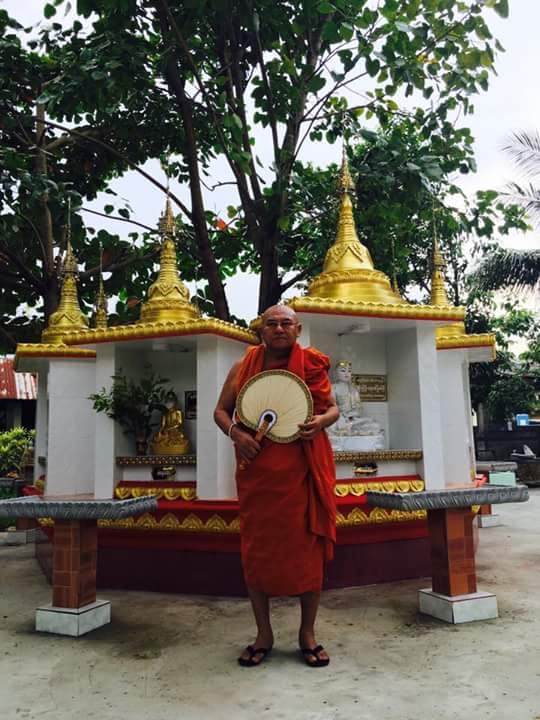 Besides, Sayadaw had donated and distributed the relics to many countries including Thailand, Korea, Singapore,Taiwan, Indonesia, Laos, Vietnam,China and Malaysia for enshrinement.

It all started on 29 December 2018 when Sayadaw U Sumana introduced us to the late Sayadaw, the Abbott of Parami Temple and Relic Musuem. It gave me the chance to inform the late Sayadaw that it has always been my aspiration to build a mini relic museum.

Under the trust of the late Sayadaw, he had presented us the precious relics of Buddha and his disciples for enshrinement.In year 2019, the late Sayadaw was opening the Waki Relic Musuem, Malaysia. On 17 Novemeber 2019, the late Sayadaw present our Musuem with replicas of Buddha’s Tooth Relic from Kandy, Sri Lanka and Beijing, China. At the same time, he had appointed Waki Relic Musuem as Relic International center for preserving and enshrining the Buddha and His Disciples’ relics to continually propagate the buddha Sasana. 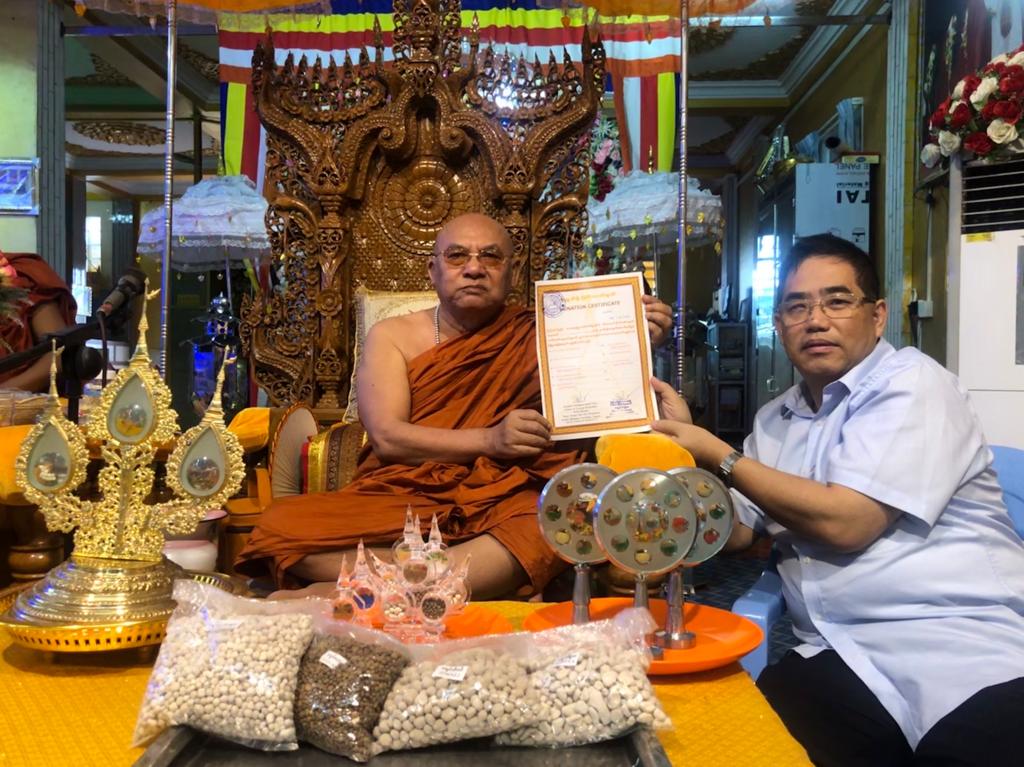 Within these two years seven months, the late Sayadaw taught and guided me how to recognise and differentiate different types of relics. My heartfelt thanks to the late Sayadaw, who was so compassion, trusting, supportive and bestowed the honour of Relic Ambassador to me on 22 April 2021 to carry out the Relic Missionary works continually. International Relics Center will build 1000 Arstupas as gifts for the temples all around the world and to connect as global Buddhists in this new era.

Today, we can witness the completion of one of the wishes of the late Sayadaw, the official enshrining of the Buddha statute, Buddha and 19 disciples statues and the late Sayadaw U Kittivara statute are being enshrined in Parami temple and Waki Relic Musuem, the thousand KG of Buddha and ten Buddha Disciples Relic Pagoda. 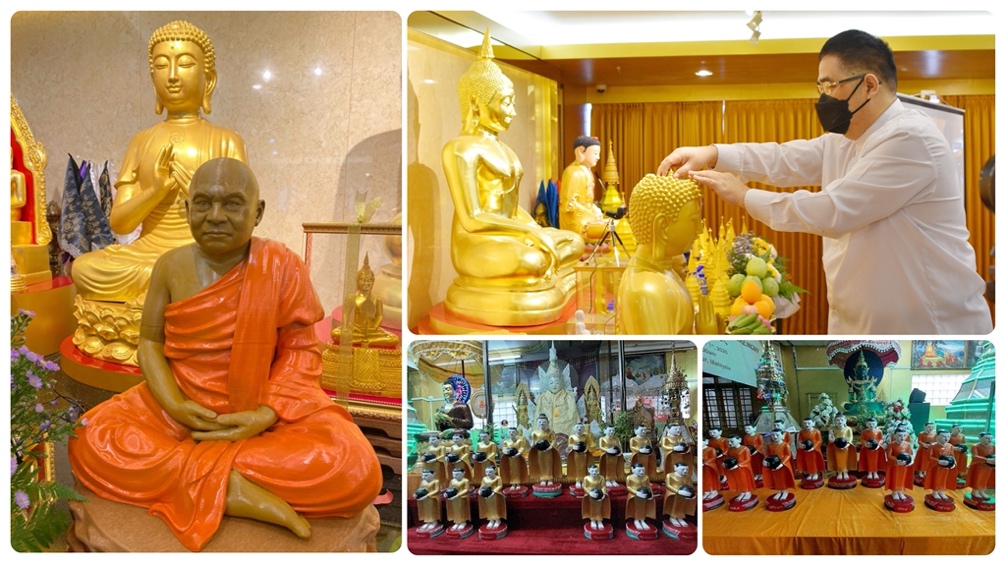 Lastly, We would like to dedicate all the merits to the late most respected Sayadaw U Kittivara. Although the late Sayadaw was no longer in human realm, his loving-kindness and wisdom will be remembered whenever we see the stupas. May this event bring everyone healthy, wealthy and stay away from disasters. 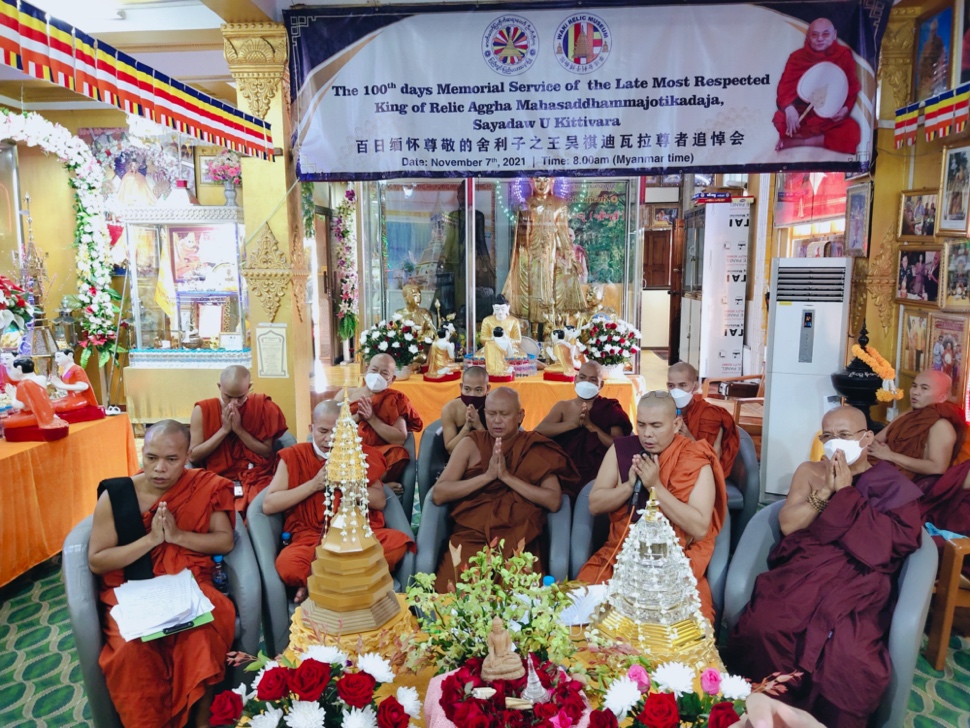